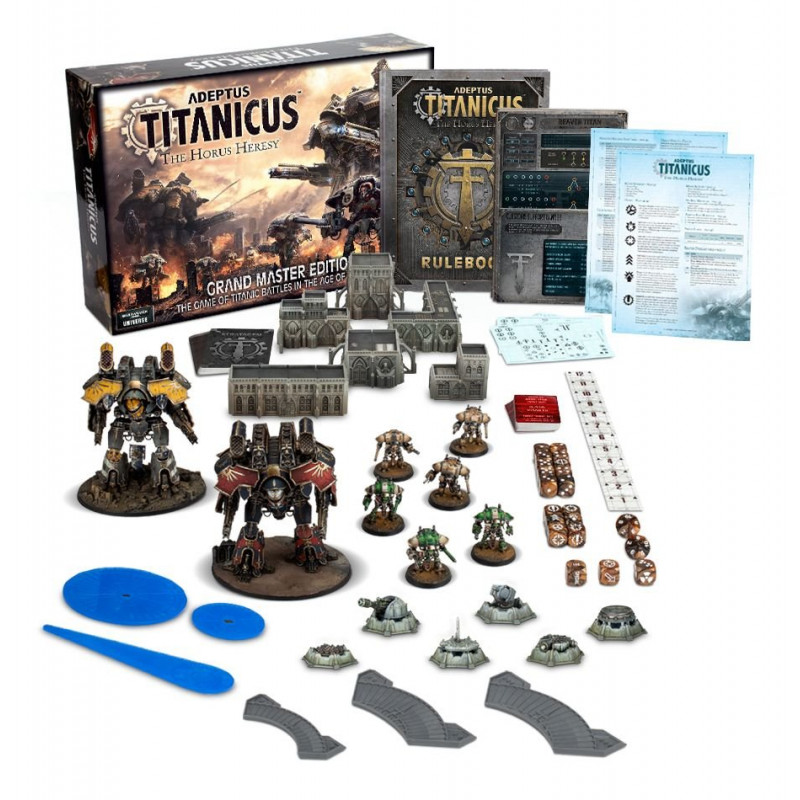 Don't miss your chance to grab this incredible bundle of rules and miniatures – 2 Warlord Titans and 6 Questoris Knights – before it's too late! Limited stock, and restricted to one per customer!

Due to the weight of this product, your order will be upgraded to Fast delivery free of charge. Just choose Standard delivery during checkout and we'll do the rest.

The galaxy is in flames. The Emperor’s glorious vision for humanity is in ruins, his armies locked in brutal civil war. The greatest of these bitter combatants are the towering god-engines of the Adeptus Titanicus. Those Titan Legions that remain loyal to the Emperor of Mankind fight boldly to stem the tide of treachery, holding the line on countless worlds as the Warmaster’s forces advance inexorably on Terra. The Traitor Titan Orders march at the vanguard of the Warmaster’s hosts as they seek to bring the Imperium to its knees in the name of their twisted cause…

Adeptus Titanicus: The Horus Heresy is a tabletop game of devastating combat between awe-inspiring machines, set during the civil war that tore the galaxy apart. 2 players take control of a variety of Titans – colossal, bipedal war engines covered in thick armour and weapons which can level a city in a single salvo. It is a strategic challenge in which you pit your skill and cunning against your opponent in a battle to the death; a test of tactical skill demanding the management of the resources at your disposal, determining the optimal reactions to the evolving state of the battlefield.

Contained within the packed box of the Grand Master Edition, you’ll find:

A comprehensive 96-page rulebook is included, featuring rules Basic, Advanced and Optional for play, along with detailed background on the Titan Legions, their creation and battles prior to – and during – the Horus Heresy:

- The Imperium of Mankind: while no complete archive of the history and events that shaped Mankind’s ascent to galaxy-spanning rulers exists, archaeodata can be used to piece together information on the Empire of Old; the relationship between Terra – the seat of the Emperor – and Mars, home of the Cult Mechanicum; the Unification Wars and Great Crusade; the Collegia Titanica and the creation of the Titan Legions; and the shattering civil war of the Horus Heresy. Such information is presented here;

- Selected Notable Engine-wars of the Age of Darkness: when the god-engines go to war, the galaxy itself holds its breath – here is a record of numerous conflicts between these towering machines, from the Betrayal at Isstvan III, the Death of Tallarn, through to the Imperial Muster at Beta-Garmon;

- Throughout the book are presented annotated schematics and blueprints of a variety of Titans, along with examples of composition, heraldry and colour schemes of Knightly Banners and Titan Maniples;

- Rules Introduction: Adeptus Titanicus features an incredible amount of depth and detail to its game system, with the Advanced Rules being a comprehensive guide to piloting a Titan – the Introduction section of this book is designed to ease you into the way this game is played, with annotated photographs demonstrating the setup, showing a battle in progress and clearly explaining how each accessory – the Command Terminals, dice and arcs, particularly – is used;

- Basic Rules: covering everything players need to know in their first few games, this section explains Rounds – between 4 and 6 per game – and the 5 Phases – Strategy, Movement, Damage Control, Combat and End – of which each Round consists. Each Phase is explained as an overview, with suggestions of Advanced Rules to add as you become more familiar with the game’s flow. Included is a mission – Titanic Clash – designed for use with the Basic Rules;

- Advanced Rules: once players are familiar with the Phases and flow of Adeptus Titanicus, it’s time to step up and begin piloting your Titans with Advanced Rules. This section introduces Stratagems, which are special abilities defined by the mission being played, and the issuing of Orders, which confer a bonus – and a concurrent disadvantage – to your models. Terrain effects are introduced here – even the god-machines can run into difficulty on a rubble-strewn battlefield – as well as the effects of pushing your Titan’s Plasma Reactor; while this provides you with more power for cataclysmic salvos of fire, it also drastically increases the chance of a dramatic overheating scenario. A canny Princeps understands how to manage this risk! As well as this, there are rules for Awakening the Machine Spirit, an unpredictable and unusual set of conditions which can be set by the vital force at the heart of each Titan, overriding the crew’s wishes in ways which can prove advantageous. Finally, this section provides rules for fielding squadrons and banners, supporting one another with coordinated strikes and overlapping void shields;

- Optional Rules: while not necessary for a game, the rules in this section can be used to add complexity and depth for those who really want to triumph over the adverse conditions found when trying to guide a Titan to war. Overloaded void shields, destroying terrain, management of the very routing of power systems, and dealing with the consequences of stray shots are all covered here;

- Assembling a Battlegroup: advice on assembling your Titans into a battlegroup, with maniple configurations and personality traits for your battlegroup’s leader;

- Fighting a Battle: 3 different ways of enjoying the brutal combat and evolving stories you’ll act out while playing are outlined here – Narrative, Matched and Open Play. Open Play concentrates on the models themselves, with no restrictions – simply place whichever Titans on the board you wish, and fight; Narrative Play uses missions to tell a story, and Matched Play balances the sides to make games pure tests of strategic ability. 6 missions are included, with advice on designing your own;

- Legions of the Adeptus Titanicus: descriptions and rules for Legio Gryphonicus and Legio Tempestus, each with its own Legion Trait, specific wargear, and choice of Princeps Seniores’ Personal Trait.

8 spectacular plastic miniatures are included in the box – 6 Imperial Knights and 2 Warlord Titans. These kits, the Warlord Titans especially, feature an incredible level of detail that belies their size, featuring a richness and posability that will reward the patient hobbyist with a fine result. Included:

- 2 Warlord Battle Titans: standing approximately 6” tall, these representations of the colossal god-engines are unbelievably detailed and posable. Each is made up of 144 components – the advanced hobbyist will find that the hip, knee and ankle joints can be modelled in virtually any position imaginable. each Warlord Battle Titan boasts 2 volcano cannon, which are an integral part of the arm assemblies, and 2 carapace-mounted apocalypse missile launchers. Each Titan also features a choice of 2 heads, Great Crusade and Age of Darkness armourials (with blank examples) and a transfer sheet including heraldry for the following Legios: Gryphonicus, Fureans, Astorium, Atarus, and Mortis;

- 6 Questoris Knights, split across 2 sets of 3: each of these machines is armed with a reaper chainsword, with a thermal cannon, rapid fire battlecannon, avenger gatling cannon and 6 heavy stubbers available (2 of these stubbers can be optionally replaced with a meltagun.) Decal sheets are included, featuring the heraldry of Houses Makabius, Vyronii, Malinax and Coldshroud;

- A set of Adeptus Titanicus buildings: specially designed for the scale of Adeptus Titanicus, this is a set of detailed plastic buildings used as terrain and line of sight blockers in-game. Entirely modular, this set can be used and re-used to make a variety of configurations – up to and including a single tower block, should you so desire. In total, it comprises 8 frames of components, including wall and roof sections covered in fans, vents, archways and windows and numerous buttresses.

There is included a host of gaming accessories necessary for playing Adeptus Titanicus:

- 2 Questoris Knight Command Terminals, used to track the status of your Knight Banners during games;

- 28 Titan Weapon cards: these double-sided cards are placed on the Titan Command Terminals in-game to keep track of the weaponry you’ve deployed, with one side showing the weapon characteristics, and the reverse showing that it is disabled;

- 24 Mission and Stratagem cards: these detail the 6 Missions and 18 Stratagems from the rulebook in a handy small format;

- Battlefield Assets and Status Markers: Battlefield Assets are a frame of 6 plastic miniatures, used to represent certain Stratagems – this set includes 1 Macro Cannon Battery, 1 Apocalypse Missile Strongpoint, 1 Command Bastion, 1 Plasma Generator, 1 Communications Relay and 1 Void Shield Relay. Also included are markers for initiative, a wrecked Titan head which can be used as an objective marker, 50 status markers for use with Command Terminals, 6 designation markers for the Titans on the battlefield and 3 arc templates used to determine weapon firing arcs; 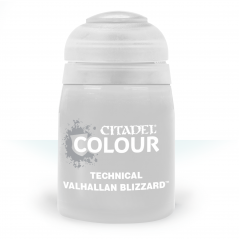 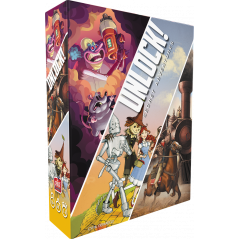 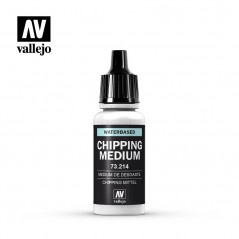 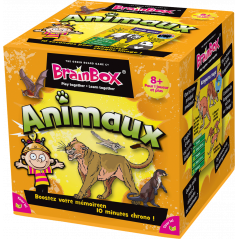 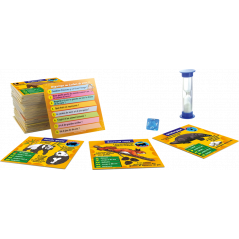 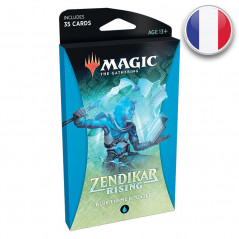 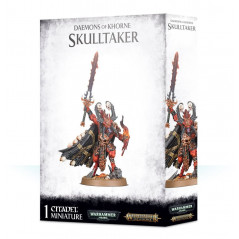 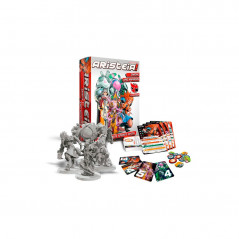 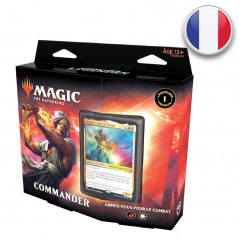 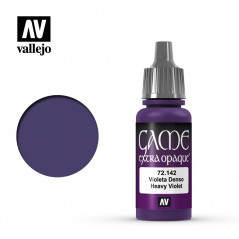 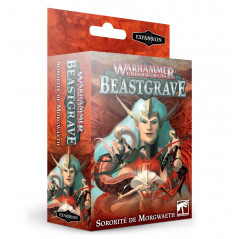 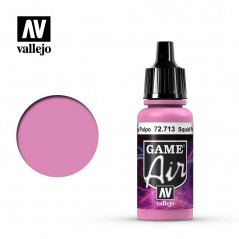 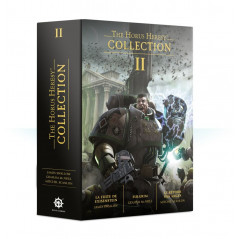 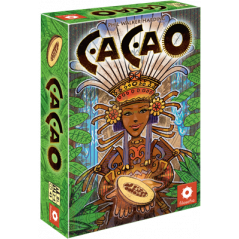 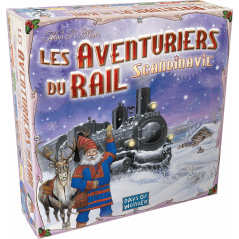 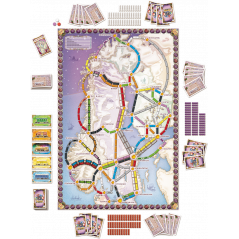 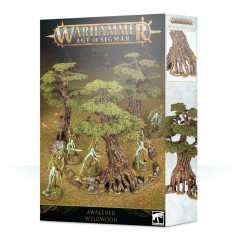